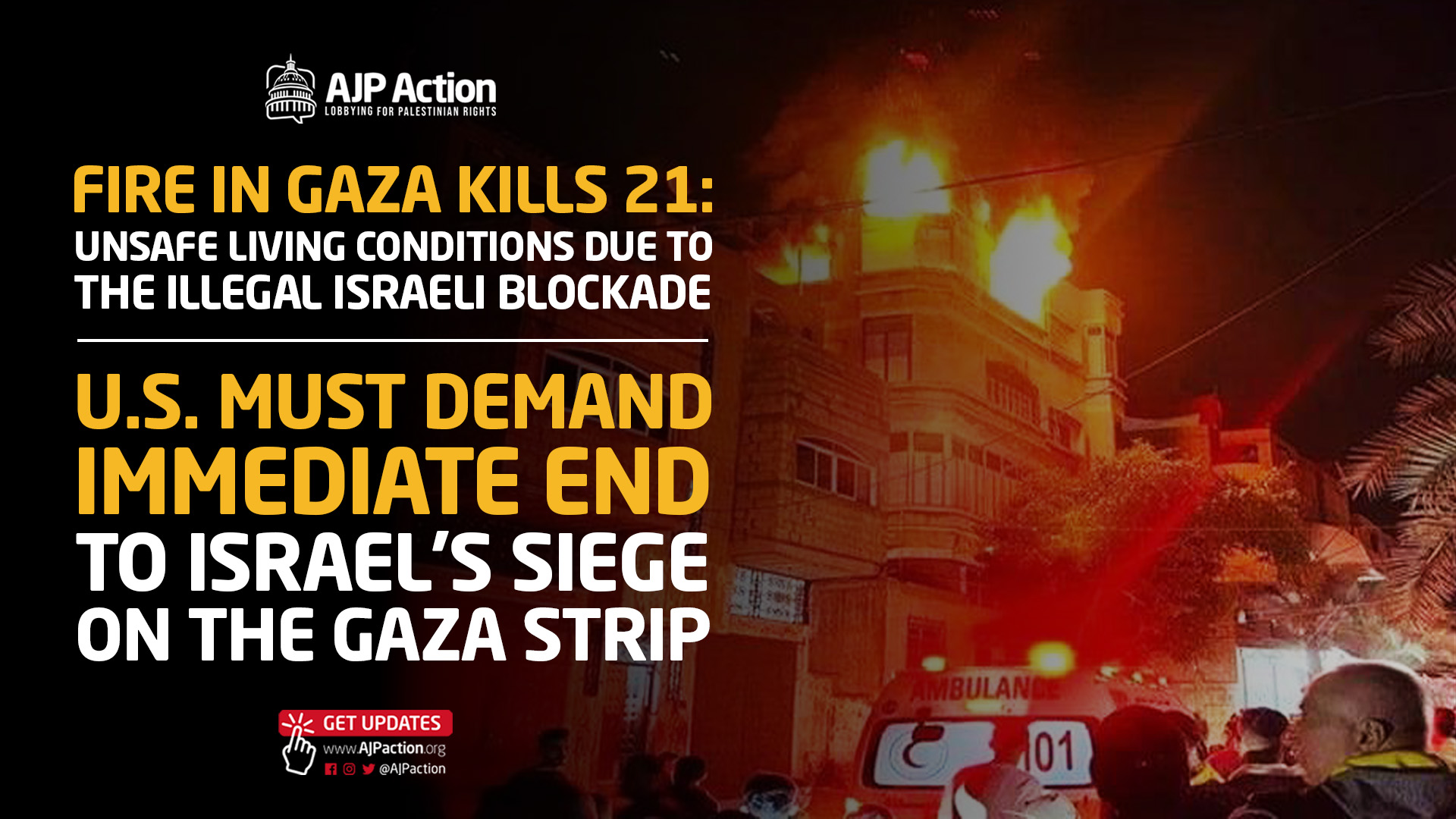 AJP Action expresses its condolences for the 21 people killed by an apartment fire in the Jabalia refugee camp in the Gaza Strip; one of the most densely populated places on earth as a result of Israel’s blockade.

We are heartbroken to hear of the tragic fire that reportedly killed at least 21 Palestinians in Gaza on Thursday. While the cause of the fire remains unknown, we know that Palestinians are forced to endure unsafe living conditions due to the blockade imposed on them by Israel’s siege, in which the Egyptian government is also complicit. Israel’s siege on the Gaza Strip has caused untold death and suffering for the nearly 2 million inhabitants living there and has been condemned by the United Nations and every major human right organization.

Instead of demanding an immediate end to that illegal and devastating siege, the United States has provided diplomatic cover for Israel and supplied it with the very weapons it uses frequently to bomb the Gaza Strip; killing and maiming even more Palestinians.

While Palestinians are blamed for Israel’s brutal siege because of an election that took place in Gaza and the West Bank more than 15 years ago that the U.S. and Israel did not approve of, the same is not true for Israel’s most recent election that brought racist and violent right-wing fanatics to power.

The United States must demand an immediate end to Israel’s siege on the Gaza Strip, and allow construction material into Gaza which has been devastated by several Israeli brutal military campaigns so that Palestinians can respond adequately to this and other emergencies. Palestinians have the right to live in liberty, free from Israel’s suffocating and oppressive control.