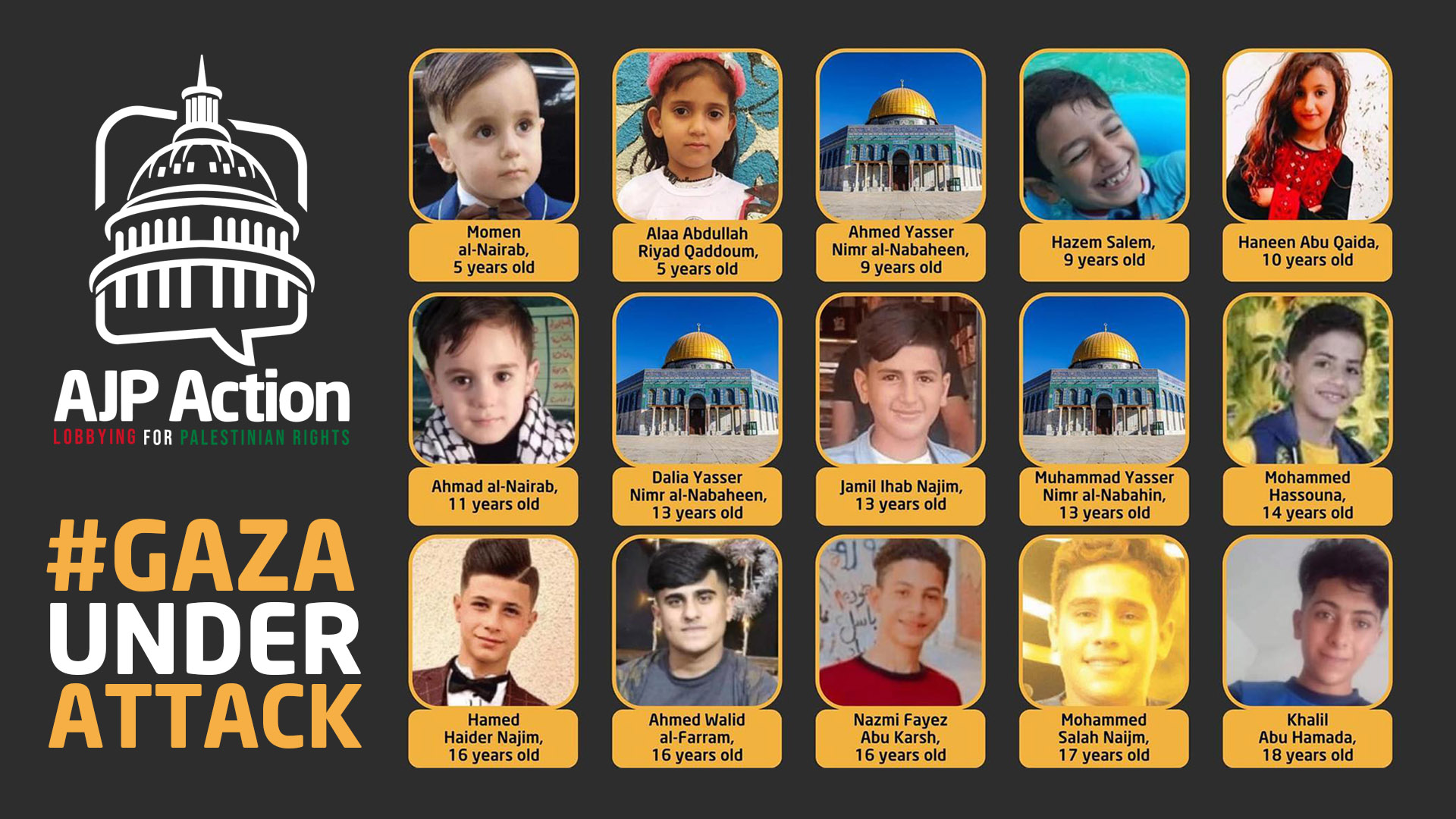 Since the beginning of August, Israel has continued to showcase its systematic discriminatory practices resulting in the harassment and denial of entry for countless Americans of particular ethnic and religious backgrounds. In its most recent bloodshed in Gaza, which resulted in Israel killing forty-five Palestinians, including sixteen children, and injuring 350, the apartheid state’s willingness to exempt itself from and violate international human rights law was proven, yet again.

In the last week, in an effort to hold Israel accountable for its unhinged crimes, AJP Action did an abundance of work to gain justice for Palestinians in Gaza.

Here’s what we did:

This is what we were able to accomplish in just a few days through your support. Make a contribution today to help build on this work and stay tuned for upcoming actions and projects in the coming weeks to help do your part.

AJP Action Leading Lobbying Efforts for Palestine: A Snapshot of Our Ongoing Work

✊🏻 We stand by the comments that Congresswoman Rashida Tlaib stated at our event, that support for Israeli apartheid is incompatible with progressive values, and we reject the ugly and dishonest attacks she’s been subjected to. Read our statement here 👇🏻 … See MoreSee Less

Wednesday, September 21, 2022 – Washington, D.C. – During her appearance at our plenary, Congresswoman Rashida Tlaib made an accurate moral statement that one cannot simultaneously claim to hold progr…
View on Facebook
· Share

We at AJP Action were honored to present Congresswoman @RepMarieNewman with this award.