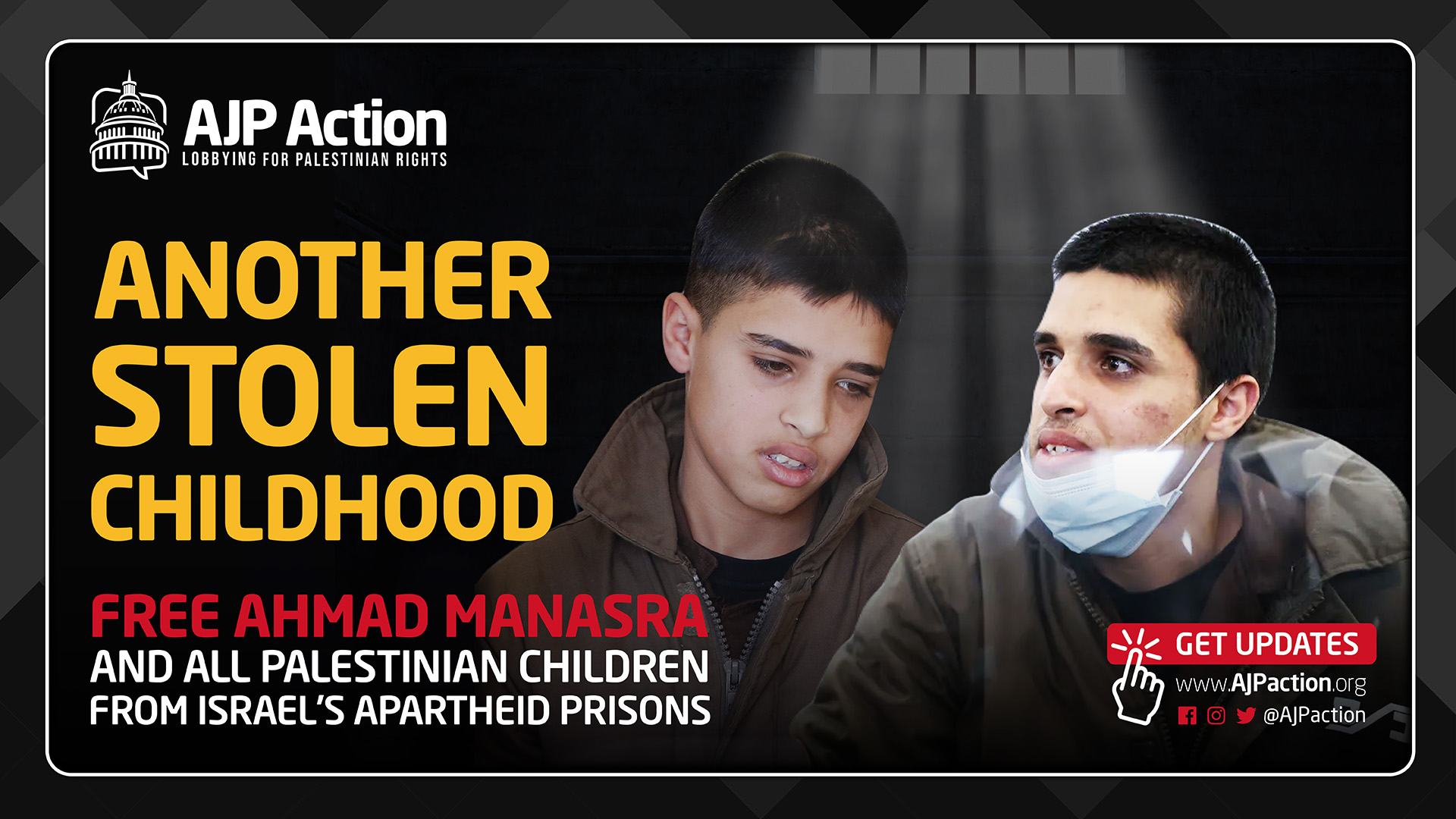 In 2015, Ahmad Manasra was arrested at the age of 13 and sentenced to 12 years in prison on the charge of terrorism. It’s how and why this happened that awakened a global conscience and motivated the now-viral #FreeAhmadManasra movement.

Ahmad would survive. Israeli authorities waited until Ahmad was 14 before sentencing him to 12 years in prison. Since then, Ahmad has endured severe physical and psychological violence, significantly deteriorating his mental health.

With a court date scheduled to review Ahmad’s case this past Wednesday, April 13th, the international community stormed social media to demand his release. People all over the world engaged in social media storms, called and emailed Israeli ministries, and signed an international petition to #FreeAhmadManasra which received over 220,000 signatures.

Collective efforts against the Israeli Apartheid system proved to be useful, as an Israeli court dropped charges of “terrorism” against Ahmad on Wednesday. Today, there are a total of 160 Palestinian children in Israeli prisons, and approximately 700 Palestinians under the age of 18 are prosecuted every year through Israeli military courts. These children are subjected to psychological and physical torture and lack protection.

The embarrassment that is the Israeli legal system and its detention and solitary confinement of children like Ahmad must receive the greatest of condemnations. Americans for Justice in Palestine Action stands with the Manasra family and demands Ahmad’s immediate and unrestricted release.

AJP Action will continue to monitor any developments in Manasra’s case. Join us as we work to ensure that not one more Palestinian childhood is stolen and reverse decades of dehumanization of the Palestinian people, lobbying for legislation that supports their human rights.