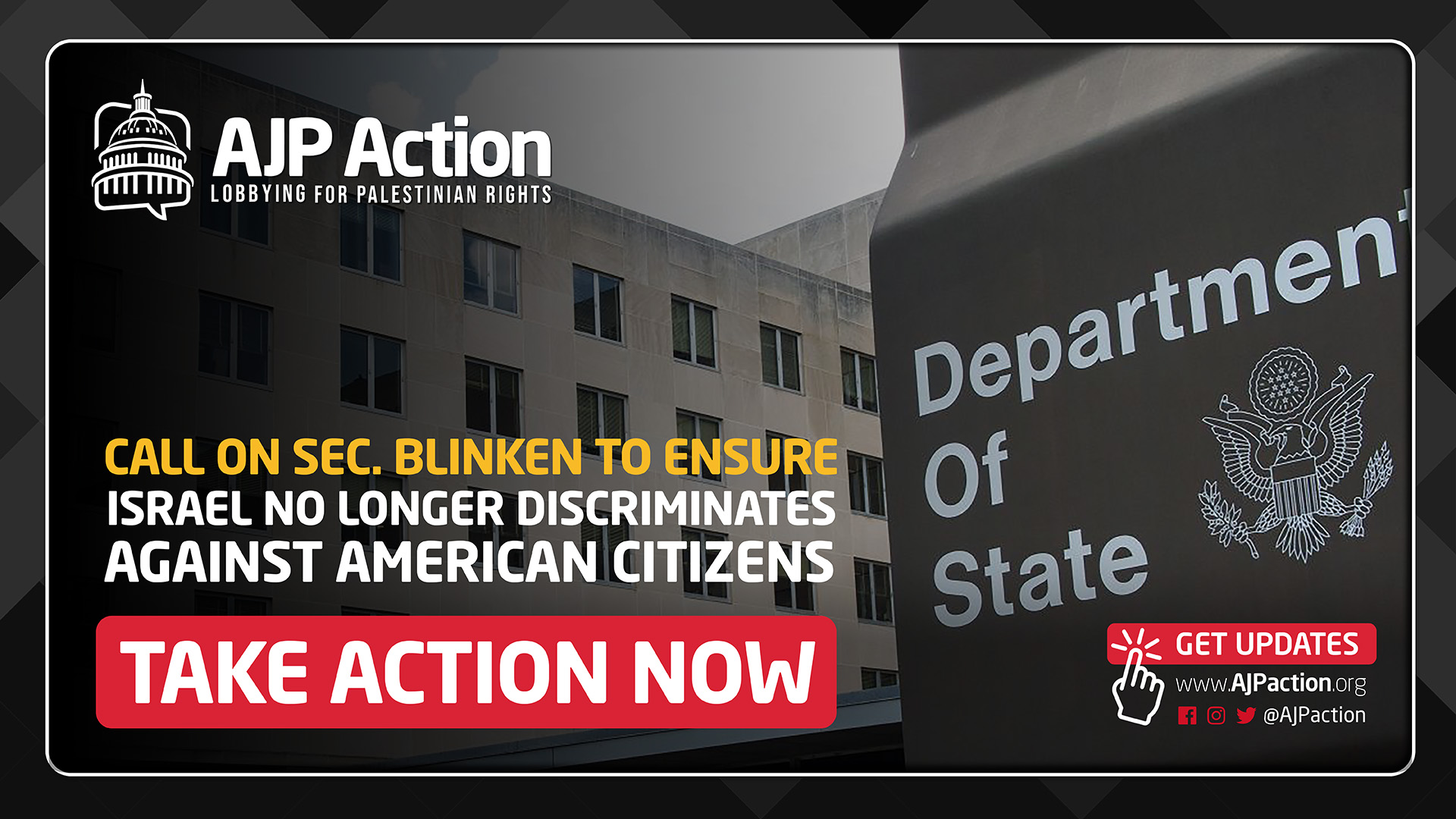 AJP Action calls on Secretary Blinken to demand Israel end the disparate treatment of American travelers as a non-negotiable condition in the bilateral relations between the two countries.

The United States has consistently provided unlimited and unconditional political, economic, and military support to Israel, in violation of international law, international humanitarian law, and the laws of the United States. No country, let alone a beneficiary of American taxpayer dollars, should get a free pass for discriminating against American citizens based on their origins and political views. This, alone, MUST immediately and unequivocally disqualify Israel from being admitted to the US Visa Waiver program.

Join us in making this demand by signing our petition!

AJP Action’s stance on Israel’s admittance to the US Visa Waiver program is clear: states that engage in egregious human rights abuses, uphold apartheid, and maintain an occupation cannot and should not participate.

In February 2022, Israel’s Coordinating Office for Government Affairs in the Territories (COGAT), the Israeli Defense Ministry’s military administration responsible for issuing orders and policies concerning the entry of foreign nationals to the occupied Palestinian territories, published a 97-page mandate called “Procedure for Entry and Residence for Foreigners in Judea and Samaria Area.”

Effective May 22, 2022, the mandate complicates and formalizes previous written and unwritten restrictions for entry and requirements for foreigners wanting to visit, do business, reunite and reside with their Palestinian families, work or volunteer in those parts of the occupied West Bank under Palestinian Authority (PA) civil and security administration, or study or teach at Palestinian academic institutions.

Israel’s record of human rights abuses, illegal annexation of lands, and the institutionalization of a system of apartheid are all contrary to the most basic of American values, let alone international law.