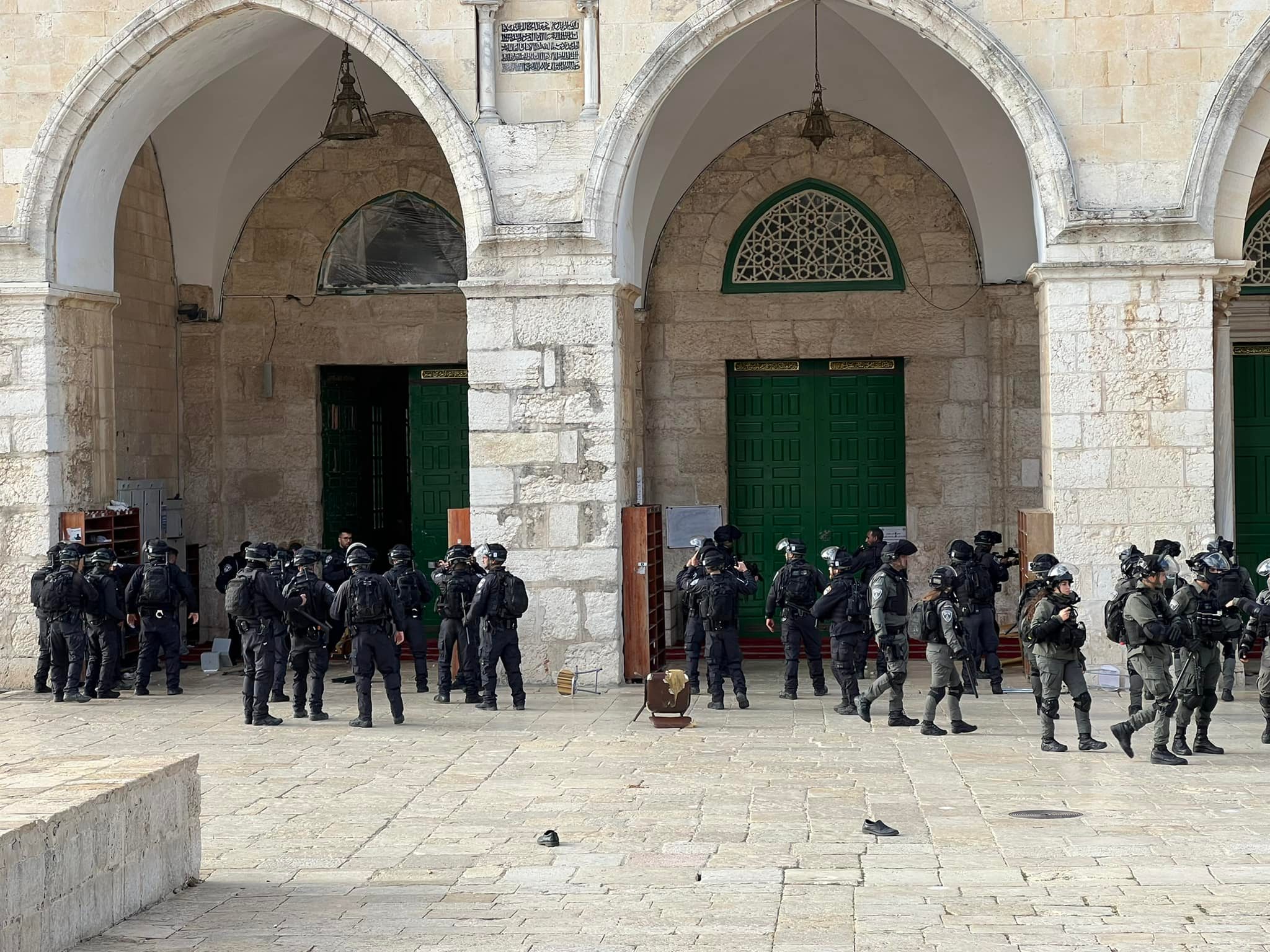 The situation in the Holy Land is increasingly volatile. Americans for Justice in Palestine Action (AJP Action) holds Israel responsible for current escalations due to its continued aggression and repeated violations of international law and treaties as an occupying power. Additionally, AJP Action maintains that the Biden administration bears a large part of the responsibility for its silence on Israel’s crimes, and for providing it with diplomatic protection to continue its human rights abuses with impunity.

Human life is sacred, and the loss of any innocent life is a terrible reality. But we must not accept selectivity. Context is everything, and with its continued application of a system of apartheid against the oppressed people of Palestine, Israel causes bloodshed, human suffering, and instability across the entire region. Simply put, this must end. It is past time to treat Israel as the pariah that it is.

Since the beginning of the year, Israel has engaged in extra-judicial assassinations (killing dozens of Palestinians including women and children), large-scale arrests, home demolitions, prevented Palestinians’ free access to their places of worship, and engaged in vicious attacks on Palestinian holy sites in both the Ramadan and Easter holidays. Israel has intentionally intensified its oppression of Muslim and Christian Palestinians in an effort to provoke a response. This is so that it can justify harsher measures against the entire Palestinian population in the West Bank, Gaza, and even inside the Green Line. Following weeks of attacks on Palestinians, 3 Israelis were killed and 4 wounded in an attack that took place today in the town of Elad near Tel Aviv.

The most glaring example of this was the May 3rd response by Linda Thomas-Greenfield, US Envoy to the United Nations; when asked about the double standard between Ukraine and Palestine, her tone-deaf response was that the US “must defend Israel’s right to defend themselves.”

Responsibility for any further violence lies on the Israeli government and its closest ally, the Biden administration, which continues to perpetuate the status quo unabated. It’s unfathomable that Israel is allowed to continue to subjugate millions of Palestinians to brutal colonial violence and expect Palestinians to accept it.

It is the height of moral bankruptcy for the Biden administration to praise Ukrainian resistance while simultaneously standing with Israeli aggression against the Palestinians, even labeling their resistance as terrorism. Ironically, Israel claims that it stands with the oppressed Ukrainian people against Russian aggression. We must see the moral equivalency between Russia in Ukraine and Israel in Palestine. The Biden administration must be consistent in what morality it believes in and embodies.

We call upon the Biden administration to act as the honest broker that it claims to be and to take swift and immediate action to end Israel’s indiscriminate attacks on the Palestinian people by leveraging US military aid. If it cannot, then it should refrain from assigning the blame to the Palestinians alone.

Biden’s refusal to hold Israel accountable for the killing of an American citizen is shocking, even to the US Congress! How far will President Joe Biden’s blank check for Israel go before we realize this is a deeply harmful policy? #JusticeForShireen … See MoreSee Less

Biden’s refusal to hold Israel accountable for the killing of an American citizen is shocking, even to the US Congress! How far will @POTUS’s blank check for Israel go before we realize this is a deeply harmful policy? #JusticeForShireen
https://www.theguardian.com/world/2022/sep/26/shireen-abu-akleh-us-senators-israel?CMP=share_btn_tw