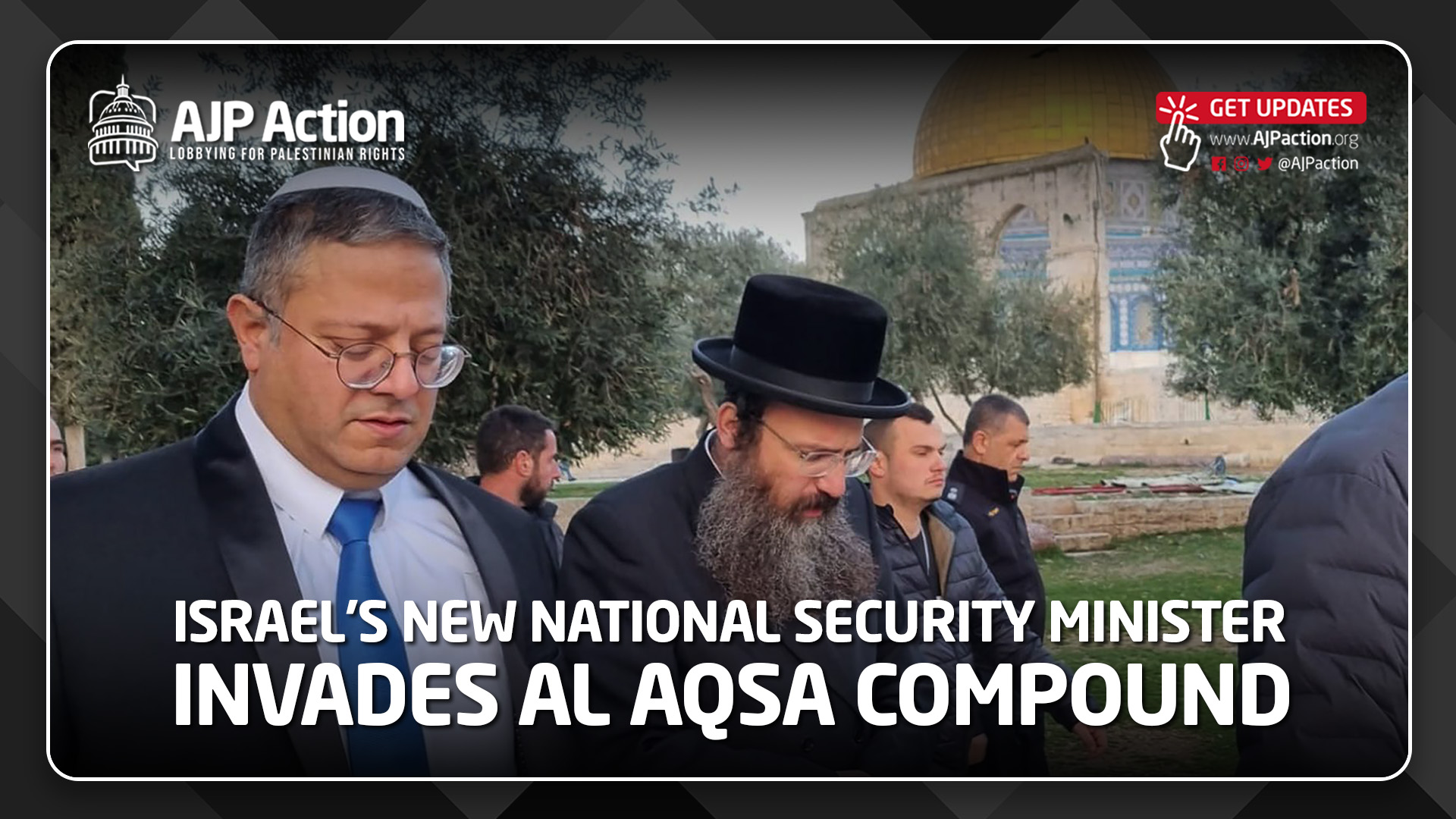 Yesterday, Israel’s new far-right national security minister Itamar Ben-Gvir invaded the Al Aqsa mosque compound in occupied East Jerusalem, asserting a Zionist claim to the Muslim Noble Sanctuary. This grotesque act violates international law, as Israel has no legal claim over East Jerusalem at all, and is a clear provocation intended to undermine the status quo and aggravate religious tensions that are already charged following repeated Israeli assaults on Al-Aqsa in the last two years.

Ben-Gvir, of course, is infamous for expressing deeply racist anti-Palestinian views and has been convicted by an Israeli court of supporting terrorism and inciting racist violence against Palestinians.

Earlier this year, the U.S. State Department said “Secretary Blinken emphasized the importance of upholding the historic status quo at the Haram al-Sharif/Temple Mount, and appreciation for the Hashemite Kingdom of Jordan’s special role as custodian of Muslim holy places in Jerusalem.” Well here we are, a few months after these remarks, with the Kingdom of Jordan summoning its ambassador to Israel over this ugly provocation, and we are waiting to see if the Biden administration will react in a manner befitting the seriousness of this situation.

Unfortunately, the Biden administration’s track record on everything relating to Israel has been empty rhetoric accompanied by an infuriating policy of unconditional and unconstrained support for Israel, allowing it to be a nation above the law, even as it uses U.S. military funding to commit crimes against humanity and war crimes against Palestinians.

We strongly urge the Biden administration to have a backbone, demonstrate that it’s serious about the commitments it speaks of, and take immediate punitive measures to ensure that Israeli leaders understand the U.S. will not maintain a blank check policy as fanatical leaders who have come to power are insistent on behaving in a more brazen and belligerent manner as they assault Palestinian rights. If no such measures are taken, the Biden administration will hold some responsibility for the escalating violence many anticipate in the occupied Palestinian territories.

Imposing Conditions for Israel to Enter U.S. Visa Waiver Program is a Step in The Right Direction But Still Fall Short