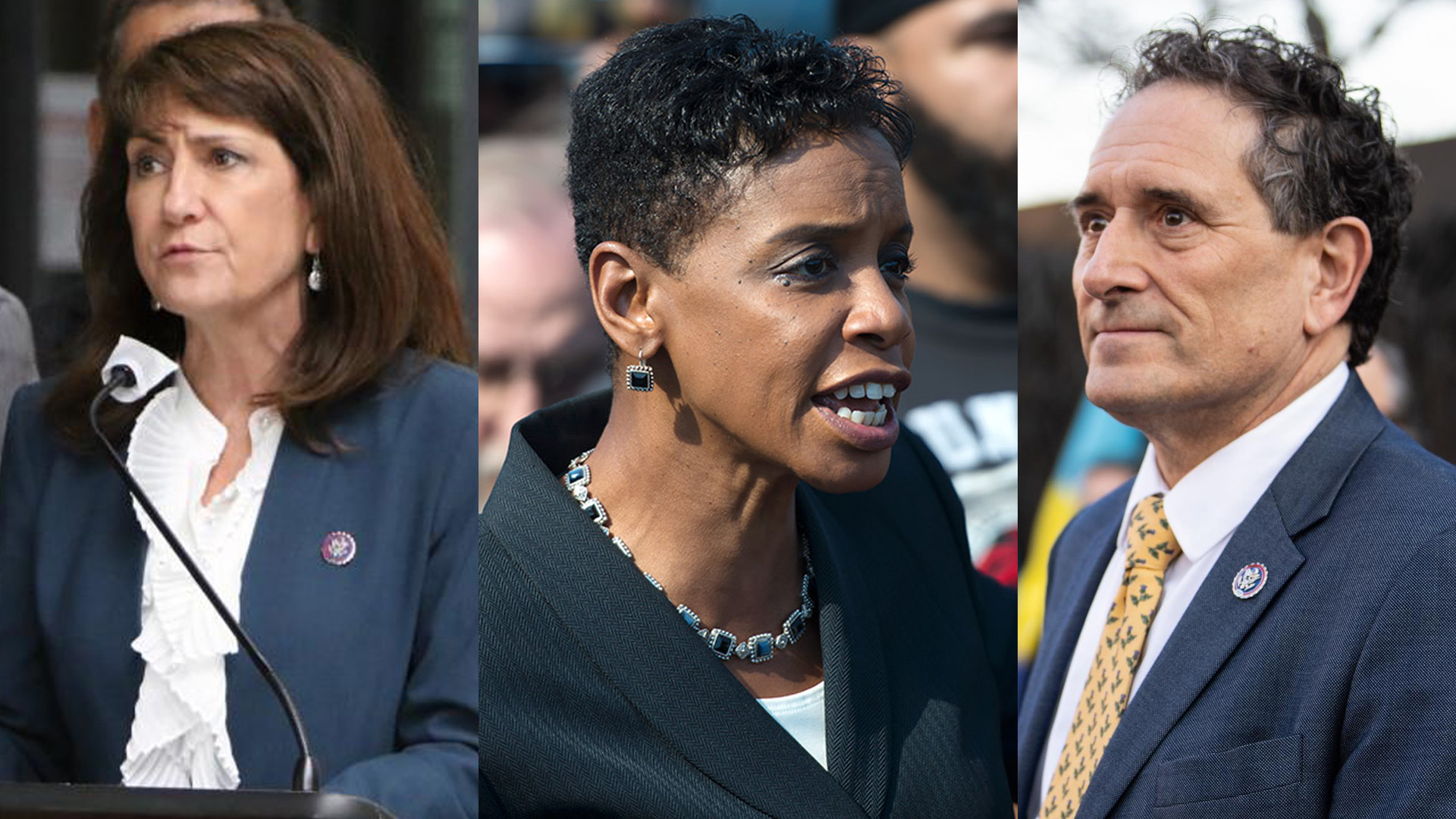 Understanding the defeat of Congressional candidates who support the Palestinian rights

The results of recent Democratic Party primaries have shown the defeat of a number of congressional candidates who either support Palestinian rights or who at least stop short of advocating for blind and unconditional support for Israeli government policies. Three important figures among them are Representative Marie Newman of Illinois’ 3rd district who lost in June, Representative Donna Edwards of Maryland’s 4th district who lost in July, and Representative Andy Levin of Michigan’s 10th district who lost just a few days ago. The defeat of these three, and others, was a direct result of tens of millions of dollars injected by major electoral political committees (Super PACs) affiliated with American Zionist organizations, specifically the American Israel Public Affairs Committee (AIPAC). These results prompted Zionist organizations to brag about their so-called victories, or, as Patrick Dorton, a spokesman for the United Democracy Project, one of AIPAC’s most notorious electoral political committees, put it, “It has become crystal clear that being anti-Israel will have a negative effect on a candidacy.”

But how accurate is this claim?

From the outset, things should be put in the right context. First, we are talking about primaries within the Democratic Party, not general elections between Democrats, Republicans, and others. Second, in the cases of Newman and Levin, both sitting members of the US House of Representatives, their losses came partly due to the redistricting of their states, which pitted them against fellow Democrats in the House of Representatives. Had there been no redrawing of districts in their states, they would’ve safely cruised through their general elections, since their constituencies are considered safe for Democrats. Thirdly, and most importantly, in none of the cases of Newman, Edwards, or Levin was their substantive position on Palestine and the Israeli occupation a negative factor at all in the eyes of voters. In fact, the propaganda financed by the political committees of the Zionist organizations against them never mentioned this issue, because they know Democratic voters are increasingly informed and progressive, and can no longer be swayed with transparent propaganda in favor of Israeli apartheid.

It is well known that money is the backbone of American elections, playing a decisive role at all levels, local, state, and federal. Suffice it to know, according to a report by OpenSecrets.org, that the 2020 presidential elections cost the Republican and Democratic campaigns $6.6 billion, while the congressional elections cost $7 billion. To put it plainly, the candidate who collects more money has more chances of winning, as they are better positioned to engage in large-scale advertising to boost their candidacy and enhance their name recognition, and are able to build big electoral teams working on the ground. This is exactly what happened in the elections under discussion here. For example, the “United Democracy Project” committee spent, in these elections, $26 million on its candidates, in addition to tens of millions of dollars by other Zionist political committees.

Some might say that this is evidence of the strength of the Zionist organizations. It certainly is, but not absolutely. For these organizations to have to spend these huge sums of money to defeat candidates they consider unloyal to Israel indicates a notable change in the dynamics of the American political arena. We all remember how the progressive wing of the Democratic Party raised the ceiling of critical discourse against Israel’s policies last year, during the aggression on the Gaza Strip, and how a number of members of this wing in Congress managed to impede more US military support for it for some time. This was unprecedented in the history of the US-Israel relationship, which is essentially a collusive relationship of unrestrained complicity and support which amounts to a blank check.

Worth reiterating here is the fact that the heavily-funded campaigning by Zionist organizations targeting candidates critical of Israel never referenced their positions here. This is unsurprising when you consider that frequent and reliable opinion polls indicate that there is a gradual shift within the Democratic Party against supporting Israel’s crimes and a greater tendency to sympathize with the Palestinians who live under Israeli apartheid. For example, two opinion polls conducted by the University of Maryland last May and June showed a wide gap between the attitudes of the Democratic Party constituents on the one hand, and the positions of the majority of the party’s elected members in Congress, and the Biden administration, on the other hand, regarding U.S. policy toward the Israeli-Palestinian conflict. Here, most Democrats said that the Biden administration leans more toward Israel than they themselves do toward it (26% to 3%), and so do their party-elected members in Congress (33% to 3%). Moreover, last May’s poll found that a large proportion of Democrats, particularly among young Democrats, want the United States to side with the Palestinians more than with Israel.

So, it’s worth noting that while Zionist organizations have achieved some successes in their impact on elections, the future price may be great for them if they continue down the same path, for several reasons. First, the huge sums spent by these organizations to oust progressive candidates infuriated the progressive wing and others in the party, who saw this as a form of bullying with “dark money,” much of which came from Republican donors affiliated with former President Donald Trump. This was reflected in mounting demands within the Democratic Party that political committee funds be barred from any future primaries. Second, blatant Zionist interference in the Democratic primaries contributed to widening the rift within the party between supporters and critics of Israel. Thirdly, this resulted in another rift within the American Jewish community and within the American Zionist movement itself, specifically in terms of who counts as a Zionist. Levin, for example, is a descendant of a prominent Jewish political dynasty in Michigan, a former synagogue president, who identifies as a Zionist, and was backed by J Street, a liberal Zionist organization versus the right-wing AIPAC. A week before the primaries, Levin said, “I’m really Jewish, but AIPAC can’t stand the idea that I am the clearest, strongest Jewish voice in Congress standing for a simple proposition: that there is no way to have a secure, democratic homeland for the Jewish people unless we achieve the political and human rights of the Palestinian people.”

In short, the American Zionist organizations may have achieved considerable successes in the current Democratic electoral battle, but they did not win the war. On the one hand, it was unable to defeat other candidates strongly supportive of Palestinian rights, such as members of the House of Representatives: Rashida Tlaib, Ilhan Omar, Betty McCollum, André Carson, and Cori Bush. Progressive candidate Summer Lee was able to win the Democratic primary as a candidate for the US House of Representatives for the 12th district in Pennsylvania, despite the support of the Zionist organizations for her opponent. It’s also worth noting that some, including J Street, believe that the amount of brazenness in interfering in the primaries on the basis of the position on Israel will make the latter a more controversial and divisive issue. This in turn will reduce the circle of sympathizers with it, as long as that sympathy is only deemed adequate by the far-right Zionist standards demanding blind support for Israel without question or reservation. In addition, the history of AIPAC and right-wing Zionist organizations colluding with Donald Trump has linked them in the consciousness of many Americans as racist and hateful forces that are an extension of one another. This link is further validated by AIPAC’s backing of 109 Republicans who voted on January 6, 2021, to overturn the result of the 2020 presidential election, simply promoting the big lie that the presidency was stolen from Trump.

In sum, Zionist organizations may have won some battles, but the ultimate result is far from decided, and we have a reason, looking at the shift in public opinion and discourse, to be hopeful of the future in support of Palestinian rights. The fact of the matter is that AIPAC and its likes cannot win the debate on the merits. They understand that the American public is becoming more aware and that apartheid Israel is an increasingly tarnished brand. And the only way they are left with is to try to impose their way through bullying. However, history is not on their side, and their efforts are doomed to fail. We simply have to be committed to organizing ourselves properly, utilizing our resources, and building alliances in support of justice. Together, we can shift U.S. policy and support Palestinian freedom.

What the Midterm Elections Mean for Us

Like all brutal authoritarians, Israel’s leaders want to expel a media outlet for requesting an investigation into the murder of one of its journalists. It is a scandal that Biden wants to keep arming & funding this apartheid government! … See MoreSee Less

Like all brutal authoritarians, Israel’s leaders want to expel a media outlet for requesting an investigation into the murder of one of its journalists. It is a scandal that Biden wants to keep arming & funding this apartheid government!
https://aje.io/und7mb