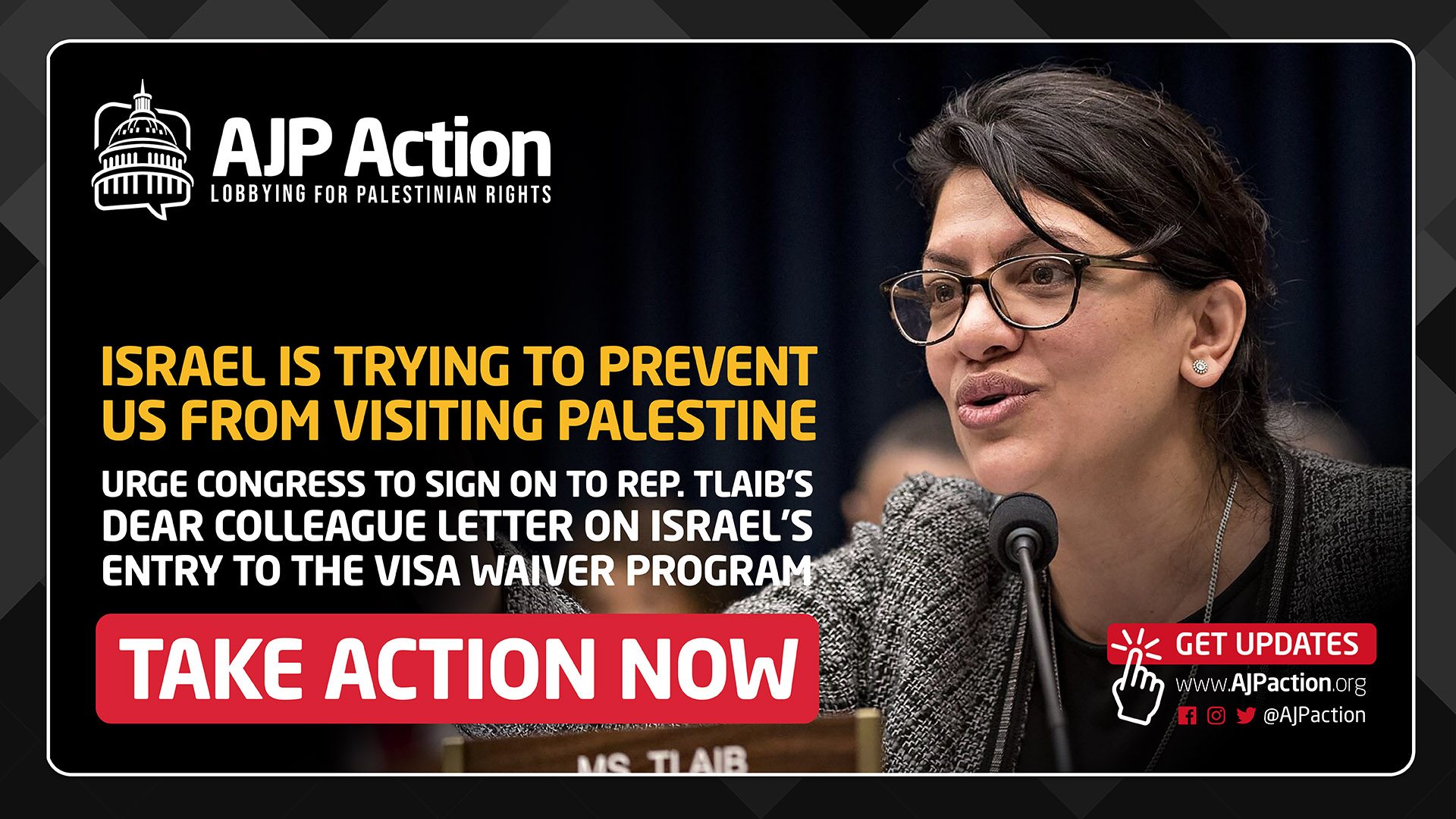 Did you know that new Israeli procedures set to be implemented next month will greatly restrict our ability to travel to the West Bank, live, work, teach, study, and reunite with family members there? They’ll even force U.S. citizens to provide Israel with incredibly intrusive information about the personal details of anyone we plan to visit in the West Bank, as well as any property our family stands to inherit.

These procedures are meant to cut off relations between Palestinians in the West Bank and everyone in the outside world, deepen Israel’s pervasive surveillance of Palestinians, and to further dispossess Palestinian Americans of their land.

Fortunately, some Members of Congress, led by Rep. Rashida Tlaib, are pushing back against these procedures and demanding information from the Biden administration to ensure that Israel reverses its discriminatory policies toward US citizens.

These new Israeli procedures are even more outrageous considering that Israel desperately wants to join the Visa Waiver Program (VWP), which would allow visa-free entry of Israeli citizens to the U.S.

However, this program requires that participating countries provide reciprocal, non-discriminatory treatment to U.S. citizens. Instead of ending Israel’s discriminatory policies, these new procedures would dramatically increase the discrimination it metes out to U.S. citizens based on their ethnicity, national origin, religion, and political opinions, something which even the State Department acknowledges has been a huge problem for decades!

Rep. Tlaib’s Dear Colleague letter seeks to ensure that the U.S. complies with its own laws and refuses to allow Israel to enjoy this privilege at the same time it is ramping up its discriminatory entry policies.

TAKE ACTION today to make sure they join this important congressional initiative.

How do we know that these procedures are discriminatory? Because they explicitly only apply to Palestinian-Americans, people wishing to visit or live with Palestinians in the West Bank, and study or teach at Palestinian universities.

Of course, Israel will continue to allow U.S. citizens to live, work, visit, teach, or study in illegal settlements built on stolen Palestinian land. Another example of Israeli apartheid in action!

We can’t let this stand. Let’s build political pressure by getting your Representative to oppose these discriminatory Israeli policies!

Thank you for taking action against injustice and standing for Palestine; we won’t stop until it’s free.