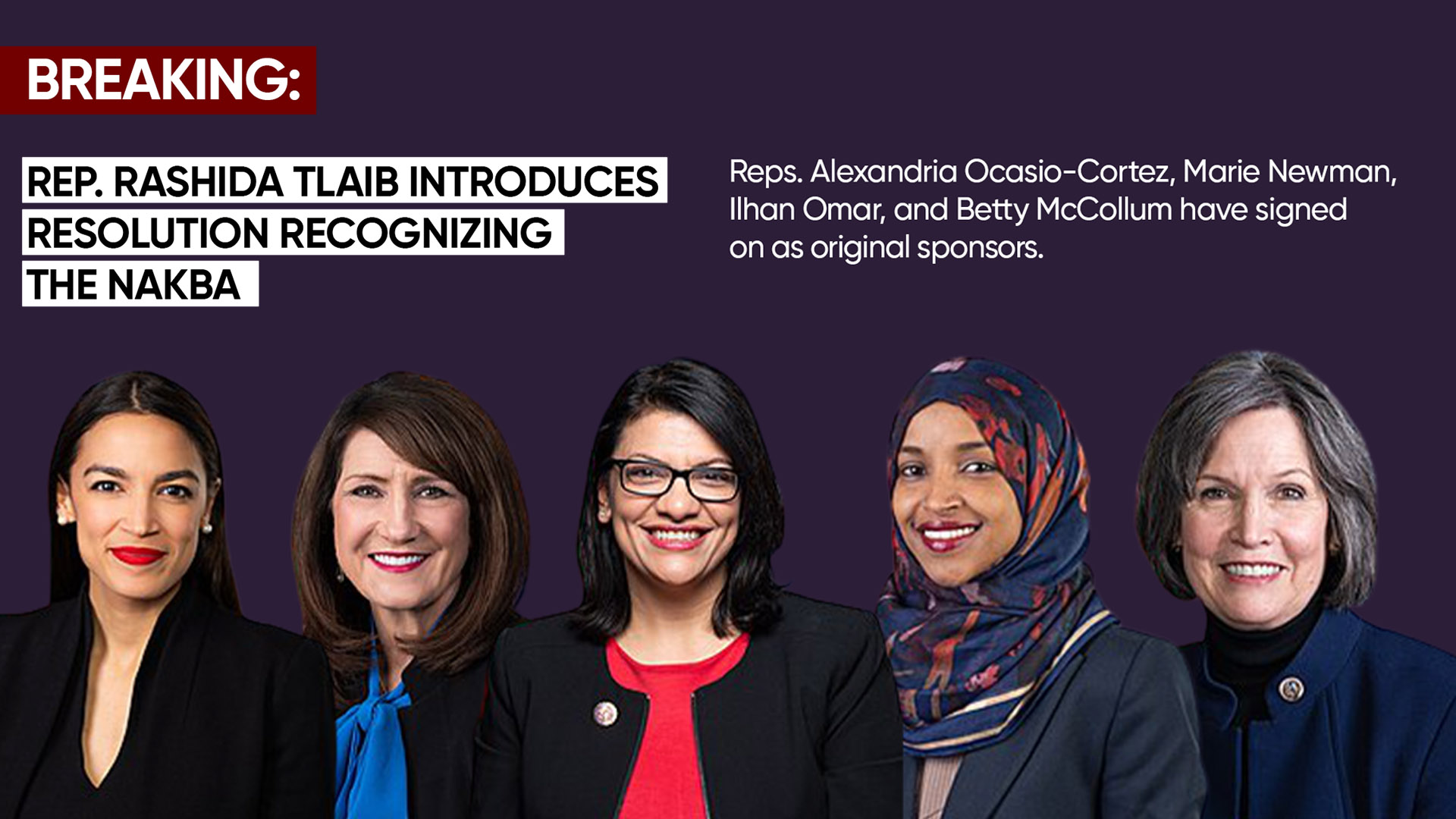 In a historic first for Congress, Representative Rashida Tlaib has introduced a resolution commemorating the 74th anniversary of the Nakba, a catastrophic crime that continues to shape the Palestinian experience today. The resolution recognizes the mass expulsion of Palestinians from historic Palestine in 1948, the refugee crisis, and the role of the U.S. in supporting the United Nations Relief and Works Agency (UNRWA).

Furthermore, the resolution calls for the following:

ACT NOW: Thank your Representative for sponsoring this Resolution OR urge them to co-sponsor!

AJP Action thanks Rep. Tlaib for her consistent efforts in advocating for Palestinian human rights. Only a few years ago, resolutions like this one seemed out of reach, but as more champions of human rights are elected to Congress, we inch closer to justice for Palestine.

Right now, we need your help! Has your Representative co-sponsored this resolution yet? Ask them to act today! (Please note, while we wrote email and call scripts for you, it’s highly encouraged that you also include a personal story. If you have a personal Nakba story, share it.)

Want to do more? Here are two more actions you can take:

1. Sign our petition to demand Israel’s disparate treatment of American travelers as a non-negotiable condition in the bilateral relations between the two countries

Thank you for taking action for Palestine; we won’t stop until it’s free.

On May 4th, the Israeli Supreme Court ruled that the Israeli military had the right to remove more than 1,000 Palestinian villagers from their lands in order to maintain a military "firing zone" in that area. The military has already begun carrying out home demolitions and evictions in what is set to be the largest ethnic cleansing of Palestinians since the Naksa of 1967.We will be joined by representatives from Youth of Sumud and Stop the Wall, two organizations working to fight back against this court order and protect the communities of Masafer Yatta, along with the advocacy director of AJP Action, a 501(c)(4) organization lobbying for Palestinian rights in Congress.Please share this event with your family and friends and join us for this important webinar.#PalestineConnectsUs #SaveMasaferYatta … See MoreSee Less