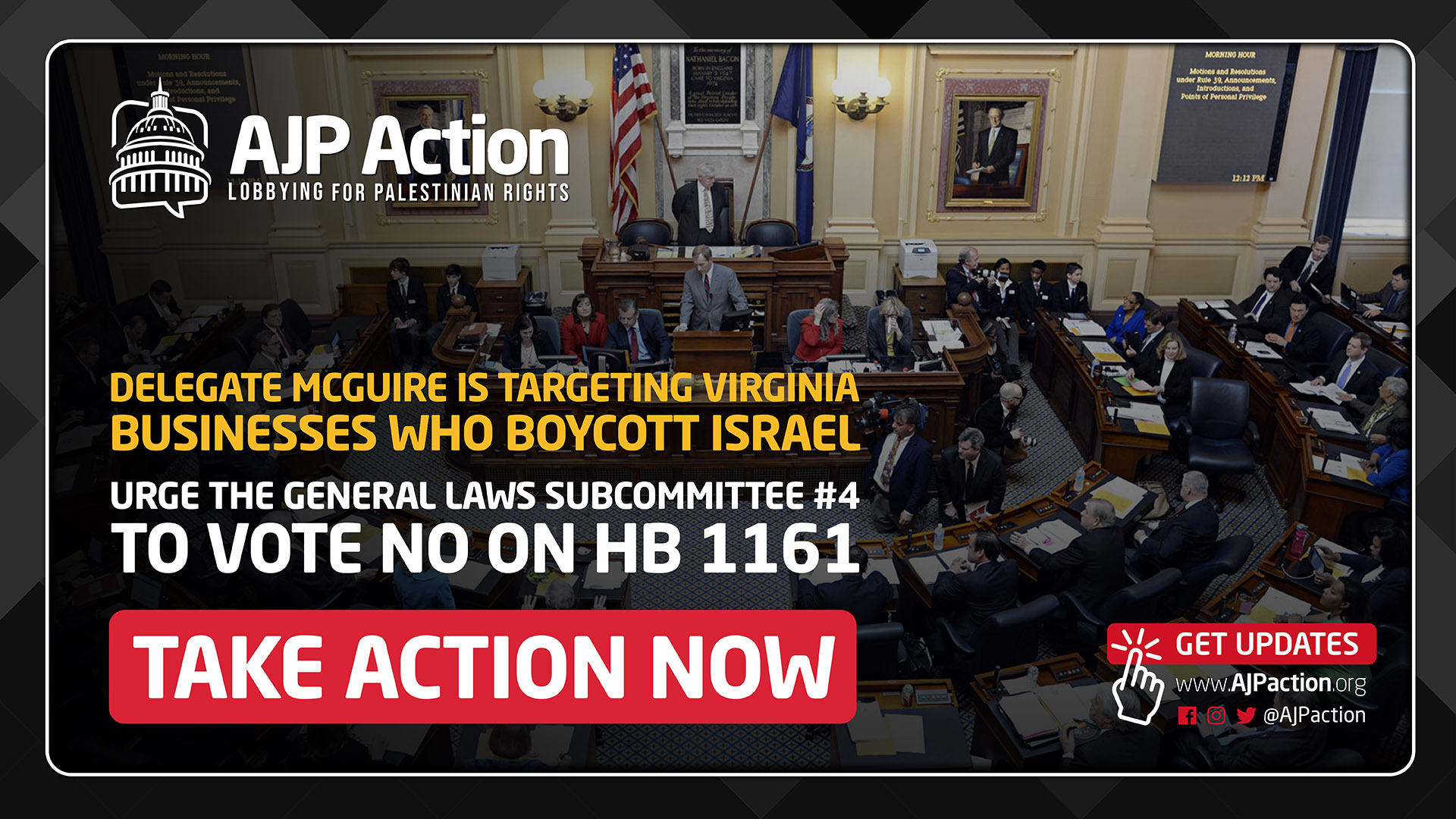 Republican Delegate John McGuire who represents the 56th District in the House of Delegates is carrying  HB1161 Virginia Public Procurement Act; required contract provisions, prohibition. This bill  forces businesses and their subcontractors to sign contracts that they will not “engage in a boycott of Israel, its instrumentalities, or any of its territories.” The ACLU of Virginia states that “as introduced, this bill targets core political speech and infringes on the freedom of business owners to express their political beliefs.”

Our right to boycott, divest and sanction Israel, its products, and its enablers for the sake of initiating political and social change is our First Amendment right as Americans.

AJP Action and the Virginia Coalition for Human Rights (VCHR) OPPOSE HB1161 and we are asking for your urgent help to defeat this unconstitutional bill.

HB1161 is currently in the General Laws Subcommittee #4. The Subcommittee meets on Tuesdays so it is urgent that we contact members of the subcommittee to vote NO on this bill immediately!