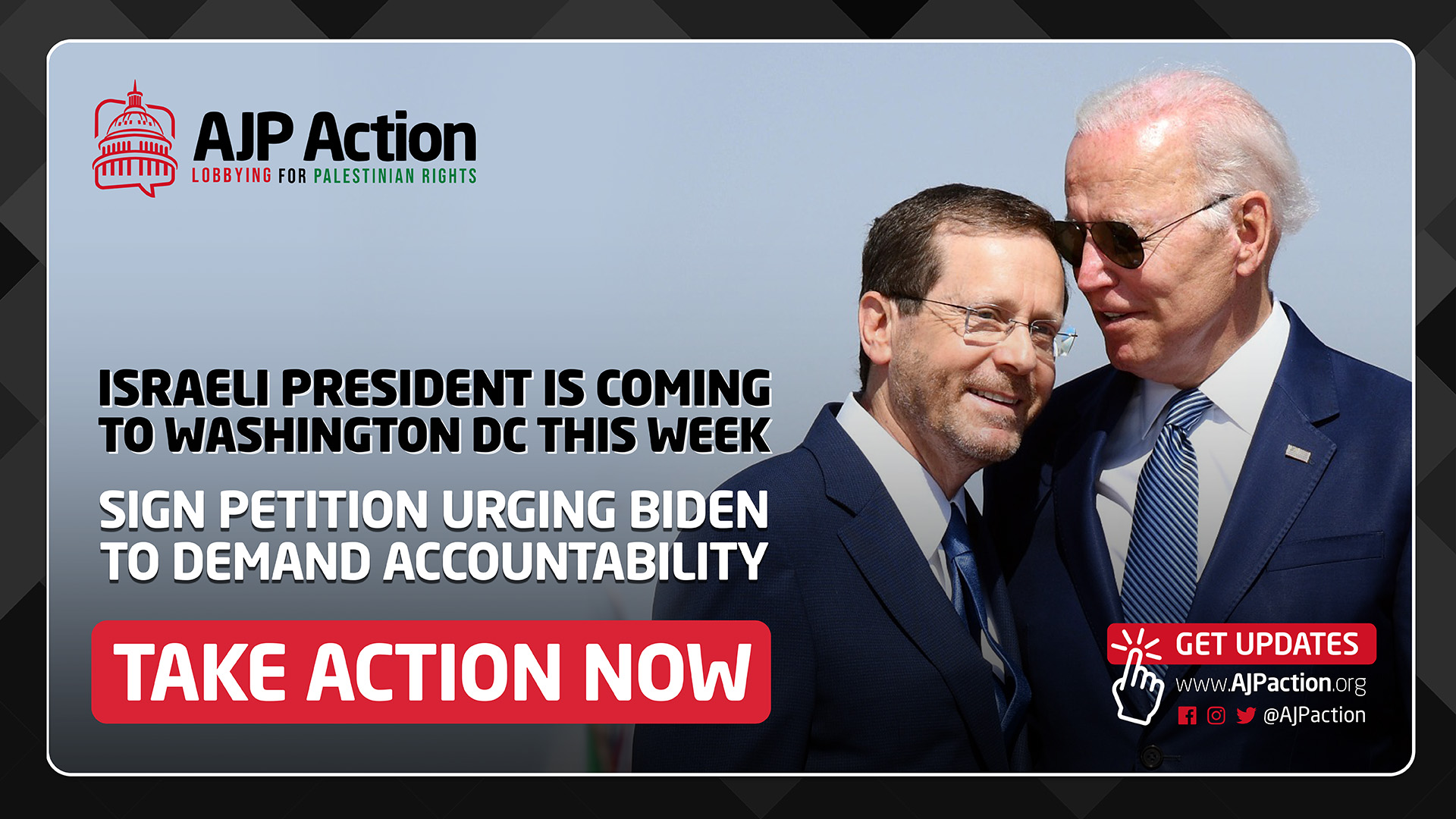 This week, President Biden is welcoming the chief representative of Israeli apartheid to Washington. President Isaac Herzog of apartheid Israel is set to visit on Wednesday, October 26. While visits from officials representing apartheid governments should be unacceptable and further US complicity in Israeli apartheid, there is an opportunity for the Biden administration to meet minimal demands to demonstrate at least a semblance of concern for human rights and the rights of their own citizens in particular.

Last Thursday, Israel’s new Coordinator of Government Activities in the Territories (COGAT) rules went into effect, heightening their blatant discrimination against U.S. citizens and making it even more difficult (than it already is) for Muslim and Arab U.S. citizens to enter the West Bank and Palestinian Occupied Territories. This alone makes Israel unqualified for admittance into the Visa Waiver Program.

Israel also has yet to satisfy the international demands of an impartial investigation into the murder of Palestinian-American journalist Shireen Abu Akleh. Its findings are inadequate and should NOT be accepted by the United States.

Finally, in the past month alone, the Israeli military, police, and settlers have been escalating their violence against Palestinians in the West Bank/East Jerusalem. Settlers attacked Palestinians in Hawara, injuring 53, and reportedly set fire to olive trees and vehicles. Israel has besieged the Palestinian refugee camp Shuafat, along with surrounding neighborhoods in East Jerusalem, trapping more than 100,000 Palestinians in their homes and preventing them from going to school, work, and hospitals.

The United States must end its complicity in these atrocities IMMEDIATELY. As Israel’s biggest ally and military funder, the Biden administration’s meeting should be centered around holding Israel accountable for the violations it commits with U.S. money and weapons, not boasting of our complicity and unconditional support for them. Take action today.